In the Fibonacci sequence each term, except for the first two, is the sum of the two previous terms for example, 2+3=5, 3+5=8.

Fibonacci also found that dividing each number in this sequence by the one that precedes it produces a ratio of about 1.618 after the first four calculations. This number is known as the golden ratio. For example 233/144=1.618. More info

These ratios usually rounded off to 1.62, 0.62 and 0.38 and the percent of these ratios called Fibonacci levels.

Trading software calculates and draws indicators automatically and you should learn how to use them.

Fibonacci Arcs are drawn for predicting support and resistance levels; those are three curves that usually drawn between the high and trough in a given period. 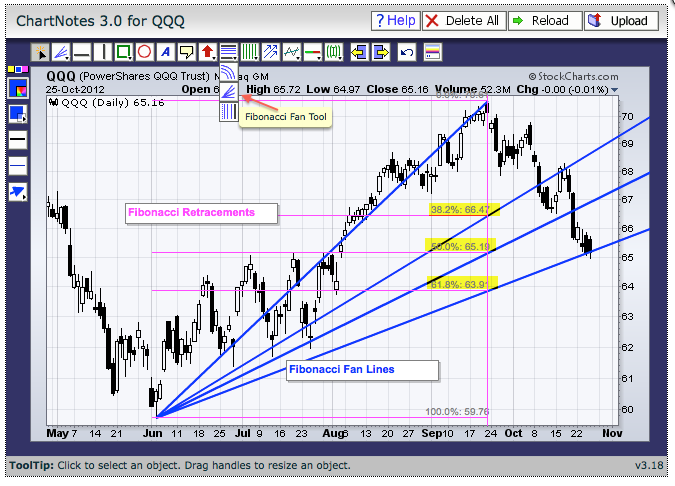 Fibonacci Extensions Levels used in Fibonacci retracement to forecast areas of support or resistance. Extensions consist of all levels drawn beyond the standard 100% level and are used by many traders to determine areas where they will wish to take profits. The most popular extension levels are 161.8%, 261.8% and 423.6%.